Rockstars completing their clinical performance against Chantilly U11

Rockville Rockstars U11 (RR11) today won their fourth match against Chantilly U11 with much better collective effort. The team seems to be implementing their learning during practice sessions and also the game plan well. Managing and rotating 14 kids is a real challenge for any coach which we experienced in the past. Coaches Javed and Manan ensured that all kids do get an opportunity to participate in the game and have the league match exposure. All kudos to our coaches and parents for their plan and patience respectively! Captain Shenal and Vice Captain Maaz won the toss and elected to bat first. 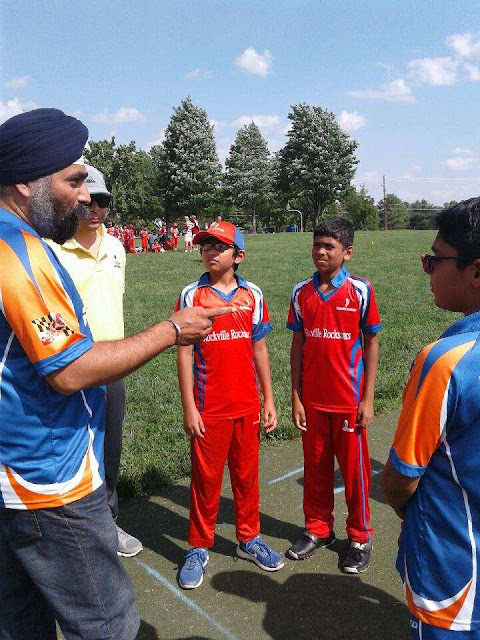 Our openers Cole and Saayuj opened their first innings batting well and scored runs moderately without losing wickets and holding their wickets as stable as they did in the previous matches. Continued performance of wicket-less first innings seems to help us build momentum in second innings as it offers more scope for different shots and extra runs or quick ones as wickets are intact. Shenal replaced Saayuj to increase run rate; thus Cole and Shenal steadied the remaining innings, completed it with 43/0. This is another consistent first innings from RR wrapping it up without a loss of wickets.

CU11 chasing 43 runs, facing our quality bowling attack led by Maaz, Jai, Shenal, and Zaheen ended up scoring 45 runs losing seven wickets. The game was almost over by then as their key and core players were sent back by our seaming, swinging, high-pace bowlers. RR bowling, fielding, catches are worth a mention during Chantilly’s chase. Rattling stumps; sending bails off by Maaz, Jai, and Shenal; a disputed, negated, tough catch at point by Saayuj from Aum Patel (the league top scorer); Maaz’s well-judged and difficult catch of a hoicked shot at short leg off Zaheen to name a few moments that made us feel as if the subsequent second innings were redundant.

Jai joined Shenal in the second innings to display his best batting performance till date. Jai  today displayed all types of shots, power, techniques, and smartness — we hoped in the past that he’d display one day. It was purely Jai’s all-round performance today that propelled us to the number two spot in the table.  Not to forget, it was Shenal who started attacking Chantilly U11 bowlers by sending those good deliveries to boundaries. Thick grass and slightly wet outfield ignored him  a couple of fours though hit hard.

Shenal had to run for a nonexistent single and get out due to those scream and shouts from his fans. Shenal’s sudden run out caused some silence in the camp as we’ve repeated the same in the past. By the time Shenal was out, RR did enough damage and accumulated 77 runs by just losing one wicket.  Maaz filled in Shenal and played some sensible cricket and good shots while Jai was on fire at the other end lofting, walloping, clobbering sixes. He set the tone and scored the highest score in his batting career.  Maaz and Jai put on a good score on the board that happened to be our highest total as well. 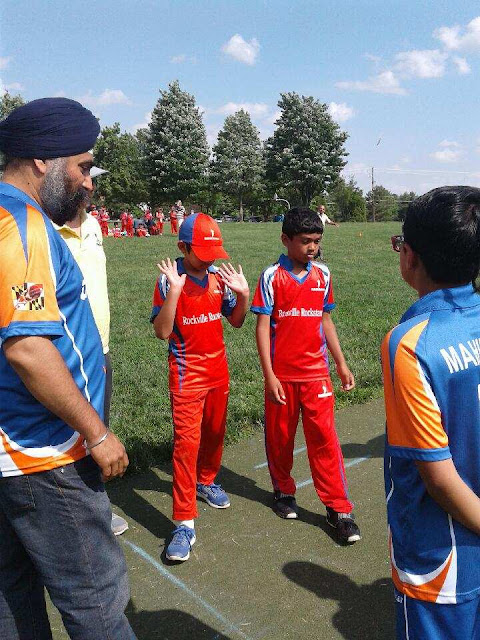 Zaheen, our another core player, played well and tried his best to score runs; the coaches from there on rotated well and let all the kids to contribute to RR scoreboard. Saketh walked in hoicked a full pitched ball to lose his wicket; Arjun holed out similar fashion and lost his wicket; Manav walked in and almost hit a boundary, lost his wicket by running for non-existent second run; Akash then hit two good balls and scored a run to move our score up by one run; Pranav with Adithya at the other end hit the very last ball hard but could not complete their run due to some confusion in the middle, thus RR scored 93/5, the highest ever total in the last three years of their history. 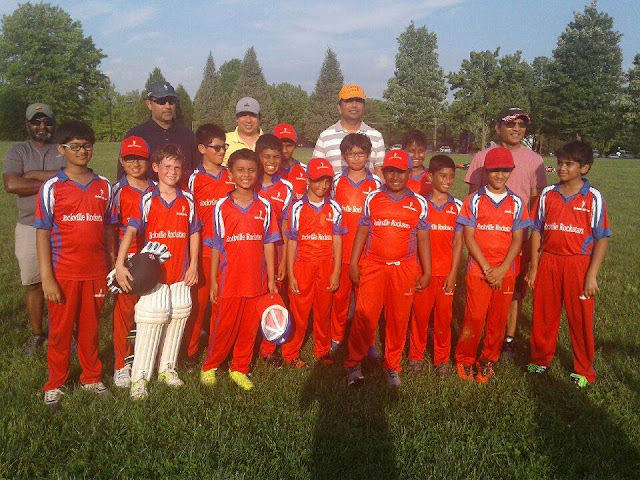 Chantilly’s chase of 50+ runs in their second innings with three wickets on hand was almost impossible in front of RR’s quality bowling, fielding,  keeping and team work. Chantilly’s Aum Patel, Aaryan Sumesh, and Kabir Nair still tried their best and fought hard scoring a six and boundaries. Still our boys’ screams, shouts, backing up, and cheers were more than enough to end their opponent’s quest to win. In the end, RR won their 3rd match without much resistance and fight from Chantilly U11.  RR’s next game against FSSC U11 will be the real litmus test to determine their knock out phase.

When something goes good, its greatness goes unnoticed so does Cole’s keeping today; the ‘Cole’ factor again played a vital role in saving 20-30 runs behind the wicket besides posing a big threat to batsmen by collecting those seaming balls and hitting the stumps at every opportunity. 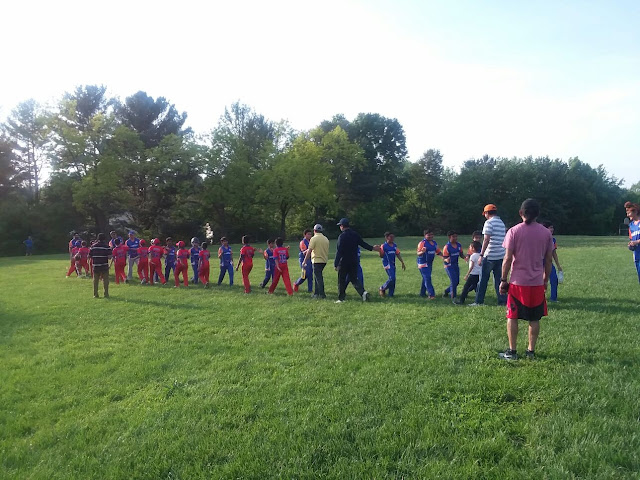 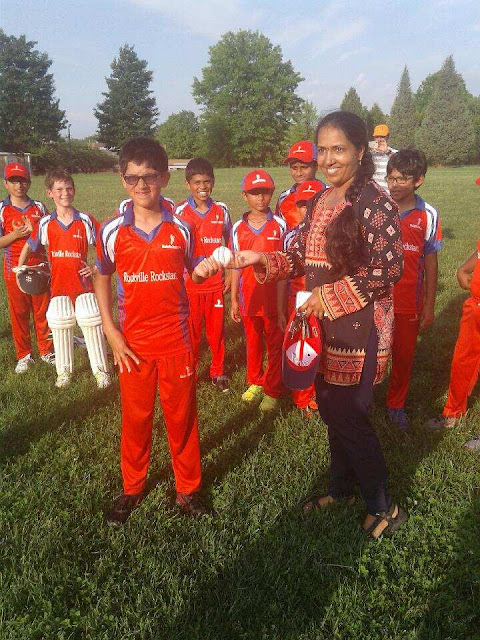 Special thanks to our coach Manan to step in; support Javed’s fasting, and manage the game per their plan very nicely and neatly. We respect all our boys  specially Maaz and Zaheen along with our Coach Javed, and Manager Shafeel in playing / participating the game in spite of their fasting season.