Rockstars losing out on their winning streak

The MYCA league seems to be growingly very competitive as its participation and commitment from the parents, kids, and coaches are on the rise. Today, we’ll have some quick recall about RR’s match against WCA at Leesburg, VA.  Our special thanks to WCA and Raj (the coach) for hosting us a wonderful, well-organized match in time. 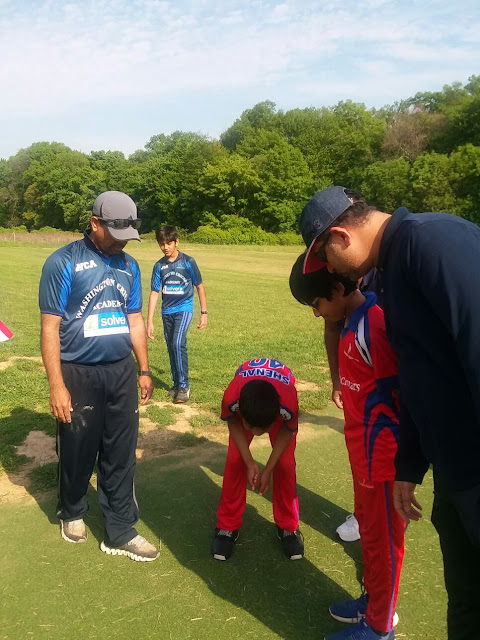 WCA won the toss and elected to bowl. RR’s coach Javed sent Cole and Saayuj to open the innings. The opening pair played well, scoring consistently till the pen-ultimate over of the first innings of RR. Cole continued his top form from the last match and displayed his shots scoring brisk runs while Saayuj played second fiddle to the opening partnership. Jai replaced Saayuj to increase run rate and total scores. Cole got out in the next ball to bring in Shenal and join Jai and consolidate our batting display. Opening partnership between Cole and Saayuj as in the recent past set the base for our second innings. RR thus ended its first innings with a score of 43/1 — a good and decent total to defend. 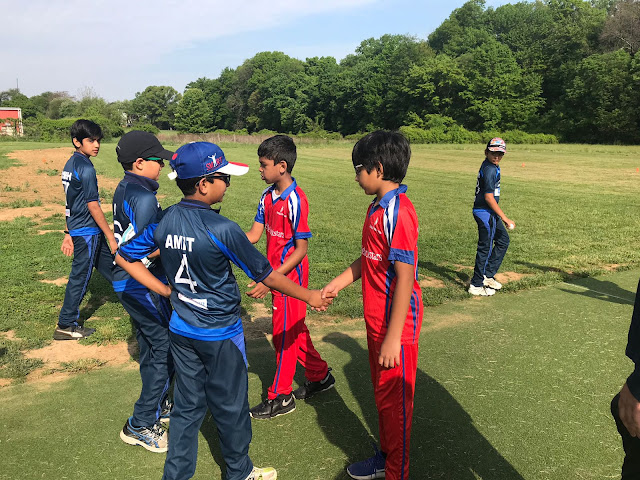 WCA started their first innings and lost wickets in continual intervals as RR’s clean bowling led by Maaz, Jai, Shenal did enough damage to WCA’s chase till 7th over of their first innings. RR’s camp almost hoped that their 3rd consecutive win was on the card. The scenario changed in 8th over of WCA’s first innings by some good batting display of Amit Damaraju who walloped two consecutive sixes to match RR’s first innings total. Till those two balls, RR was very much towards a big win as they lost their key, big-hitting batsmen to RR’s clean, consistent bowling. By the end of 1st innings of two teams, the scores matched closely and outcome was evenly poised setting up a close fight between the two sides. 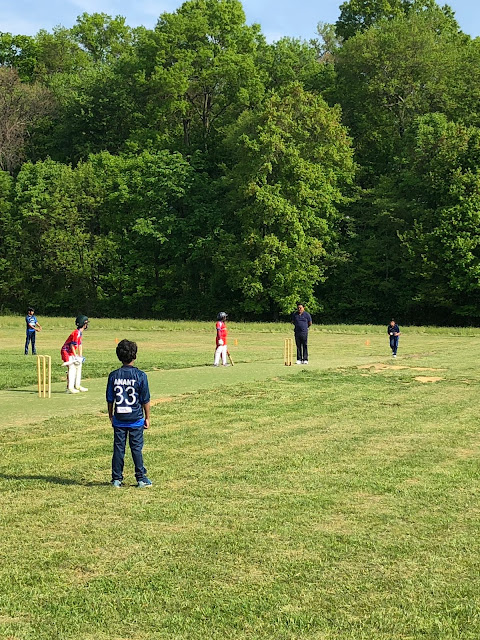 Jai and Shenal opened RR’s second innings very confidently and started scoring briskly as Shenal took a lead in hitting a straight-drive four on the long on and these two smartly ran between wickets. Jai had to leave the crease after his attempt to hit a big six that did not connect as he tried. Maaz joined Shenal and these two scored enough runs. RR’s camp must have hoped for a big target as they did in the past. Unfortunately Shenal got run out by a beautiful direct hit from  WCA’s Praneeth from 3rd man. His run out brought in Zaheen who had to leave in two balls after he tried to scoop the ball to mid off. Saketh filled in Zaheen and scored a four by playing a beautiful square drive and got out immediately after the square drive scooping a short pitched ball. WCA nicely contained RR’s power-packed batting order. Maaz played his vice-captain’s innings hitting bad balls and leaving good ones till the end while Arjun on the other end tried his luck in hitting the ball hard and had to lose his wicket to a good catch by Prithul; Anirudh joined his vice captain and held the innings till the last ball. His innings included a well-timed pull shot boundary on the mid wicket. 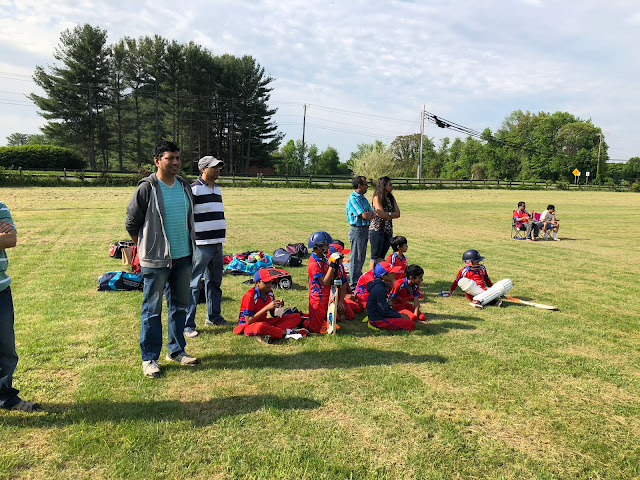 WCA started their second innings while Saayuj opened the RR’s bowling attack. WCA could not score their runs as briskly as RR did. Zaheen joined the attack and conceded no extras, runs as usual. Saayuj’s caught and bowled opened the tail or big hitters to walk in. Zaheen along with him completed their 4-over quota by conceding just 11 runs against the required target of 31 runs. WCA batted through the second innings to score 20 runs in remaining 24 balls till the pen-ultimate ball of the innings. A good batting performance by WCA’s Prithul ended RR’s hope of a hatrick-win. 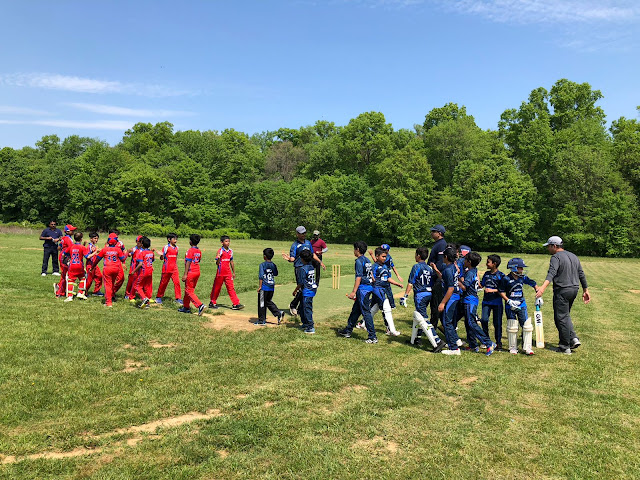 Great fielding effort from Aeshan on the deep square leg, good fielding by Manav (two drives on the cover) Arjun’s continued effort on those runs outs at the bowler’s end; Jai’s great catch in the long on; Cole’s dive towards a tough catch; Aeshan’s energey at the point; our boys’ run out in the first innings, shouts, calls, scream, and cheers nothing could stop one beautiful innings by a 5th grader called Prithul Baveja who was eventually the MOM. 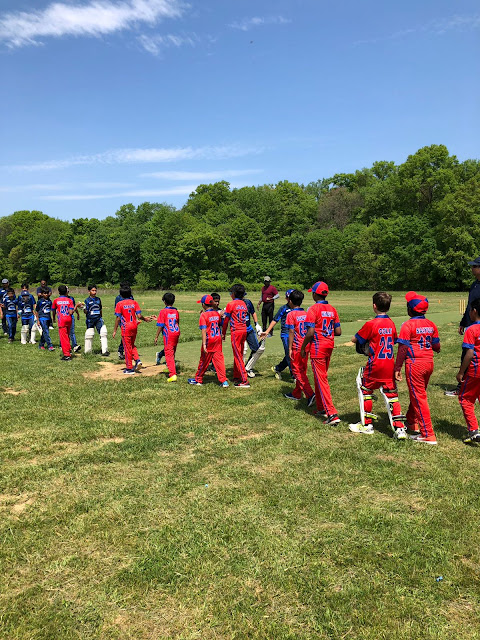 It’s a wonderful experience to see our RR squad who’re predominantly of 3rd and 4th graders fighting against 5th graders in the opposition camp.  MYCA seems to have built a very good platform for our kids to develop and experience their competitiveness, attitude towards various challenges internally and externally that they may face in any sports as they grow.